More Information about the Census

Will the census ask about my citizenship status?

The census will not ask about your or your family’s citizenship or immigration status.You don’t have to be a citizen to do the census. The census counts everyone living in the United States, so we all should do it! 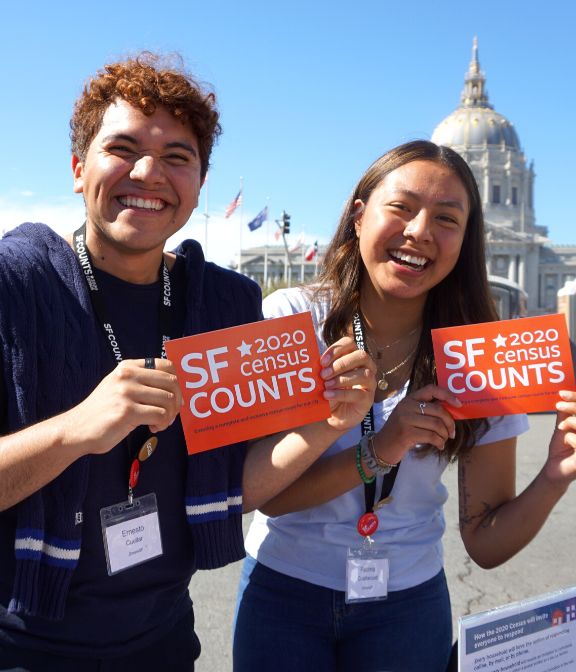 Is my personal information confidential?

Who gets counted in the census?

The Census Bureau counts everyone living in the United States every 10 years. The census counts everyone, including newborns and seniors, homeless people, immigrants, and people who don’t speak English. We all should do the census in March 2020.

Who do I count on my census form?

If you are doing the census for your household, you should count everyone who is living there on April 1, 2020. This includes all relatives, children and babies, and roommates.

How do I do the census?

The first way to do the census is online. The online census will be in 13 languages: Arabic, Chinese (Simplified), English, French, Haitian Creole, Japanese, Korean, Polish, Portuguese, Russian, Spanish, Tagalog and Vietnamese.

People can do the census over the phone, too. The languages available for doing the census by phone are: Arabic, Cantonese, English, French, Haitian Creole, Japanese, Korean, Mandarin, Polish, Portuguese, Russian, Spanish, Tagalog and Vietnamese.

Can I still complete the census by mail?

When can I do the census?

You can do the census online, by phone, or by mail at any point between mid-March and the end of July 2020. If you don’t do the census, a Census Bureau worker may come to your home to help you complete it in person. Census workers come in May, June, or July of 2020.

Send a message of love to your neighbors this holiday season.
Make a tax-deductible generous donation to our Hope Rising campaign.